WHEN AT QUARTIERS MARBELLA APARTMENTS

If you feel like making a tour off the beaten path to see a bit of the authentic and picturesque part of Andalusia you should head to some of ”white villages”, or Pueblos Blancos in the area. These small villages are distinguished by their traditional architecture and simple whitewashed small houses. You will also get the chance to discover traditional Andalusian food in authentic environments.

Planning a route to a  white village from Quartiers Marbella Apartments

There are many “white villages” to visit in the province of Cadiz, and some in Malaga. The ones we describe below are not very far from us and you can reach them without driving very far. All of them are great places to take nice pictures, stroll around and eat at a local place. Except in Setenil de las Bodegas, you won’t see many tourists and the drive in the mountains and the countryside offers nice views at any time of the year. 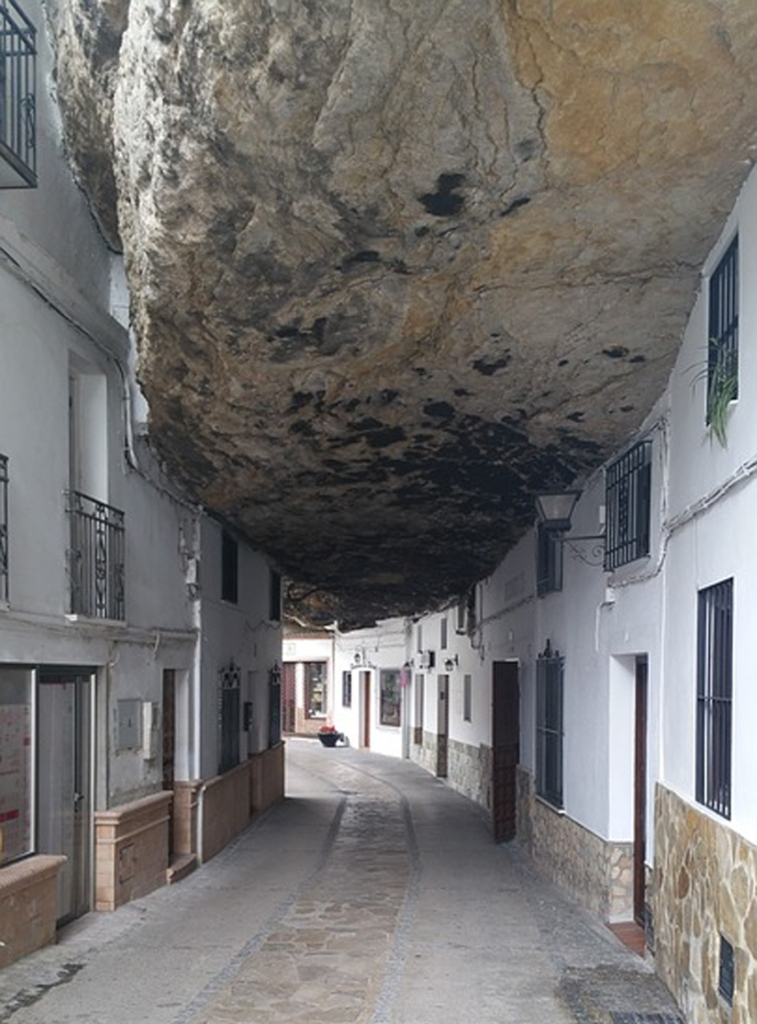 In addition to being set in a beautiful location, in the Trejo river canyon, Setenil de las Bodegas has a unique difference with the rest of the populations of this famous white villages route, many of the houses have been built under a rock ledge which makes it one of the most original and most beautiful villages in Spain. You will find beautiful spots such as the streets of Cuevas de la Sombra and Cuevas del Sol, which have the peculiarity that we can only see the rock of the mountain, instead of the sky above your head. You will love to take pictures there. It is also advisable to visit the Castle of Setenil de las Bodegas, located in the upper part of the town centre, next to the Church.

The 41 miles (66 kilometres) drive from Quartiers Apartments to Setenil de las Bodegas takes one hour fifteen minutes, up the mountains and past Ronda. 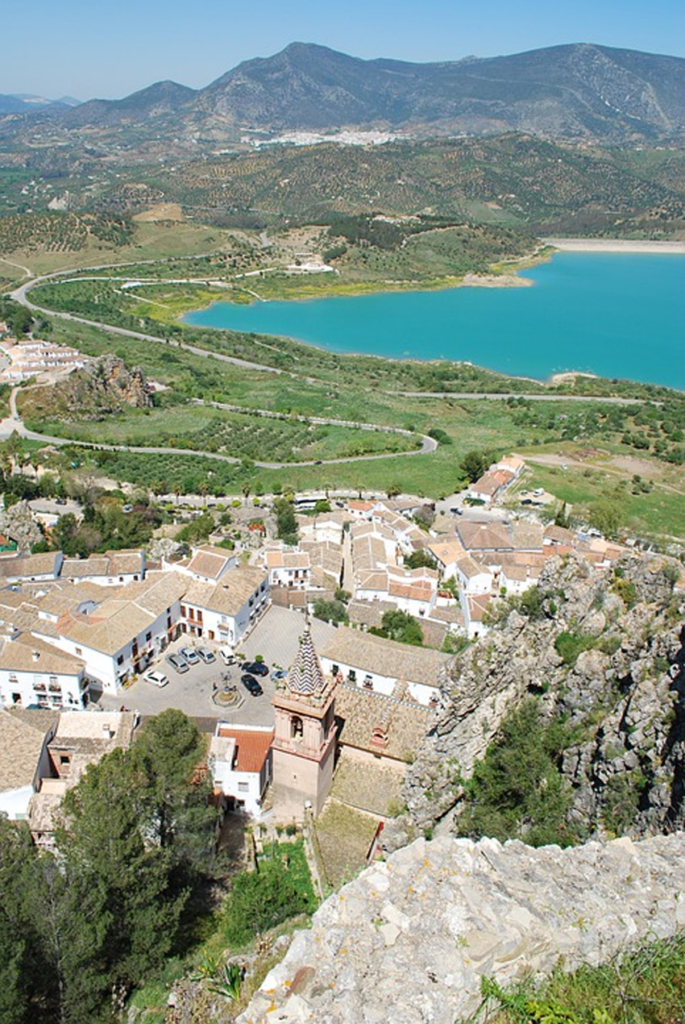 Zahara de la Sierra is a beautiful municipality in the province of Cádiz, located in the centre of the Natural Park of the Sierra de Grazalema, in the foothills of Sierra del Jaral, between the rivers Guadalete and the Bocaleones.

The town Zahara de la Sierra extends along the side of a small mountain, culminated by a castle and next to the great water reservoir of Zahara-El Gastor. Its wonderful natural and historical-artistic attractions have made it worthy of being declared as Historical Site. Its narrow and labyrinthic streets, with beautiful whitewashed houses, flowered balconies and spectacular viewpoints to the mountains. From the main square, you can walk to the top of the castle, there you find an extraordinary panoramic balcony from which you can see the whole village, the Guadalete valley and the mountains.

From Quartiers Marbella Apartments to Zahara de la Sierra there is a one and a half hours drive, 53 miles (86 kilometres). The route passes Ronda so you can also stop there on your way. 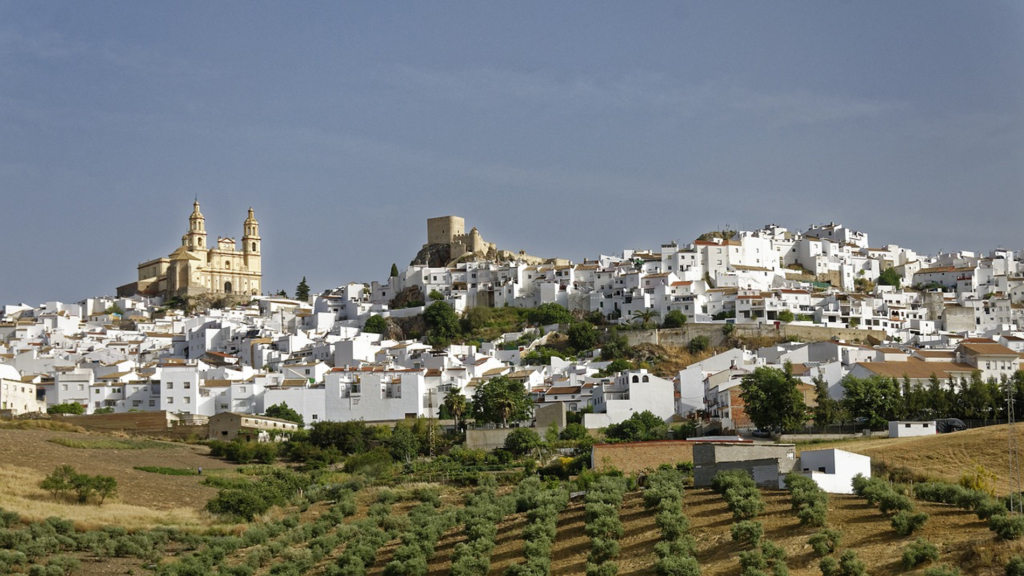 Olvera, one of the most beautiful villages in Andalusia. It is located in the mountains of Cádiz. It will attract your attention, at first sight, you will want to conquer it.

Upon arrival, you can see its magnificent church on one side, and on the other, as in a fairy tale, its castle. And in the middle, down the hillside all the white houses. This was the Nasrid kingdom of Granada. Olvera also boasts picturesque streets, with whitewashed facades full of flowers, eye-catching windows and patios. This is the neighbourhood of the Villa, the oldest part of Olivera, sheltered by the castle, in what was the medina.

Olvera is not far from Zahara de la Sierra, on the same route. The drive is 102 kilometres, 63 miles. 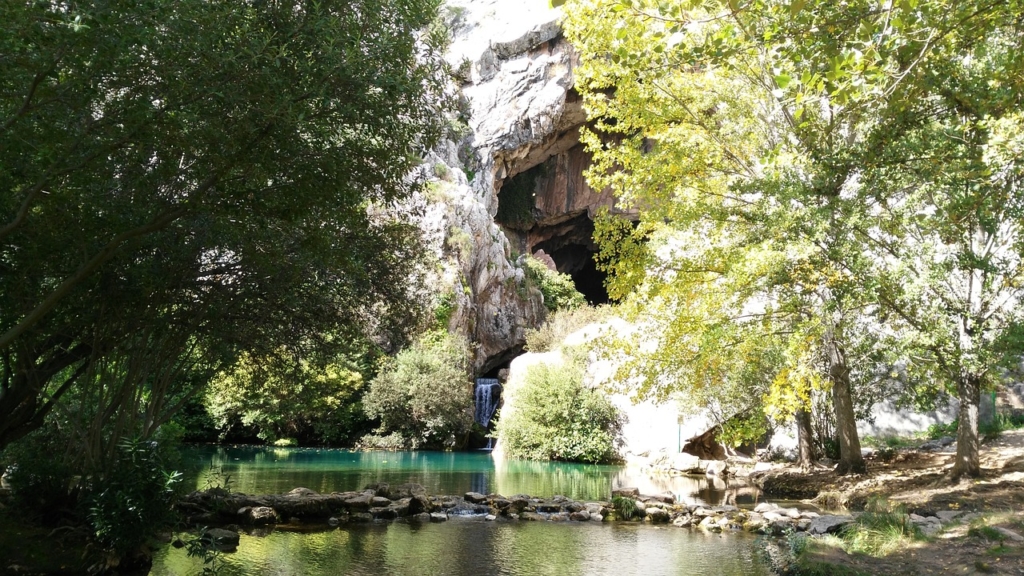 Benaojan is a small village with steep and winding streets, and whose grounds hide one of the most important cave systems in all of Spain. Benaojan belongs to the Serrania de Ronda.

The most interesting thing to see in Benaoján is the Cueva de la Pileta, it is only 4 km from the town centre. The cave contains archaeological remains belonging to the Paleolithic, the Neolithic and the Bronze Age, and has been declared a National Monument since 1924. In addition to the most important cave paintings in Andalusia, you will get the chance to see impressive stalactites and stalagmites. Another of the caves that you can visit in Benaoján is the popular Cueva del Gato, also declared a National Monument. Located near the train station, this cave has an important scientific interest due to its complex underground river system.

It takes approximately one hour to drive to Benaojan from Quartiers Apartments Marbella even though the distance is only 41 miles (66 kilometres). This route also passes Ronda. 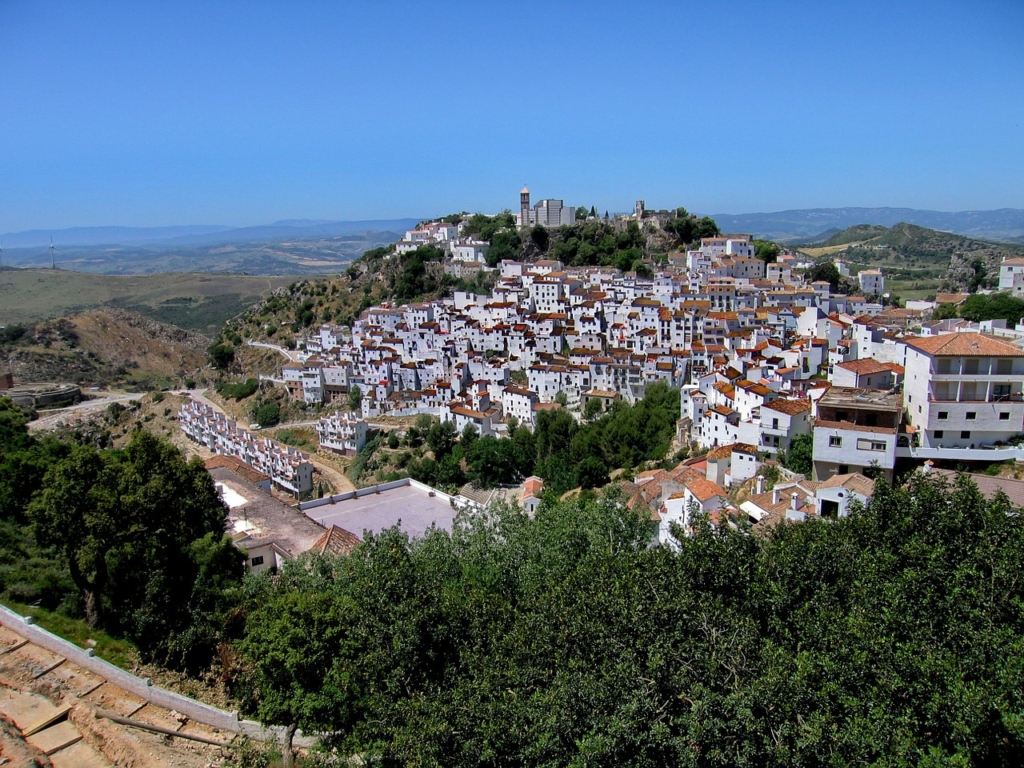 Casares is located just a few kilometres from the bustling and cosmopolitan Costa del Sol, despite that Casares offers the visitor the most genuine taste of the Andalusian mountain villages.

The town has preserved the old mountain village feeling despite offering all the infrastructure that today’s life demands. Such a balance is not easy to handle, but in Casares, it has been achieved and it is considered one of the most beautiful villages in Spain, as evidenced by the fact that in 1978 it was declared a Historic-Artistic Site.

The drive to Casares from Quartiers Marbella takes about 40 minutes. The distance varies depending on the route you choose. If you come from the sea, on the way up you will find some really nice restaurants on the road. Our favourites are Arroyo Hondo, Venta García and The Forge.