The Costa del Sol, like all tourist areas in Spain, offers a wide variety of gastronomic choices. International restaurants such as Italian, French, Chinese, Indian and almost everything else imaginable can be found almost everywhere. Local restaurants with classic Spanish food are more unusual along the coast, except for tapas, paella, and deep-fried fish, which are very typical southern Spanish dishes.

Throughout Malaga, and also in the province of Cadiz, one of the traditional delicacies is deep-fried fish. Anchovies and octopus are well known varieties: Boquerones and calamares fritos. These are usually not ordered as a dish for one person but several different portions which you then share. The fried fish is not served with any accessories (If you get french fries and salad on the dish it is not the real variant), so often you order a salad too. It’s no coincidence that many restaurants have “Fritura Malagueña” on the menu. It is fried fish, but not of a single variety but a mixture of today’s fishing. The mixed fried fish dish is often served only if you order it for at least two persons. If you are offered to order the deep-fried fish as “Dish of the day”, you should probably choose something else, the same rule applies to paella, dishes that should be freshly cooked and eaten immediately.

Grilled sardines on skewers are also a classic favourite on Malaga’s beaches and fried or grilled fish is common on the menus of the restaurants on the Costa del Sol.

Paella is, as everyone knows, Spain’s national dish. It has many variants, and can be cooked with chicken, pork, fish, and / or seafood. Actually, Paella is a dish that originated in Valencia, on the Costa Blanca. The original recipe is something completely different from what most of us have eaten and does not contain fish or seafood but chicken, rabbit and giant white beans. 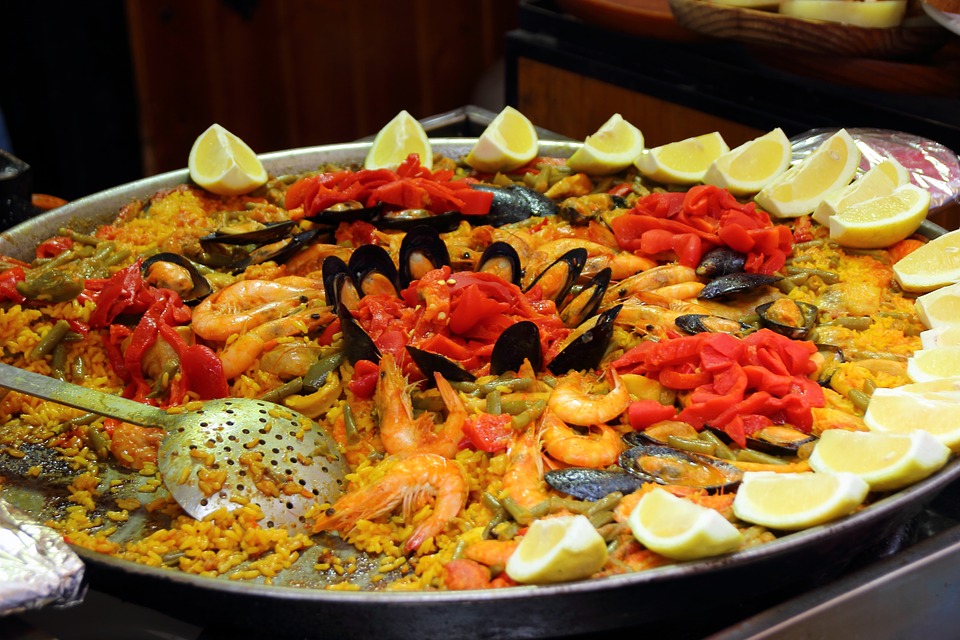 Tapas are small dishes that sometimes can cause misunderstandings. You do not order “tapas” just like that, but you also have to say what “tapas” you want. Often the same dish is served as portion, half portion and tapa. The easiest way is to look and point, tapas are almost always visible in the bar! Pintxos is a Northern Spanish variant of tapa. The difference is mainly that pintxos are served on bread.

The seaside promenades and ports are always restaurant areas where you can enjoy Spanish and international gastronomy.

A total of seven restaurants on the Costa del Sol have been awarded with a Michelin star. They are: José Carlos García in Malaga city, the restaurants El Lago, Messina and Skina in Marbella, Sollo in Fuengirola, Bardal in Ronda and Kabuki Raw in Casares. Internationally well known Star Chef Dani Garcia, who has his restaurant at Hotel Puente Romano, has been rewarded with three Michelin stars.

If you get hungry, or thirsty, when relaxing by the main pool at Quartiers Marbella Apartments, you are always welcome to visit The Kiosk. There we serve tasty chicken and vegan wraps, tortillas, smoothies, delicious pasta salad, plates of paella, ice cream and other goodies. Welcome to Quartiers, and enjoy the good life with us! 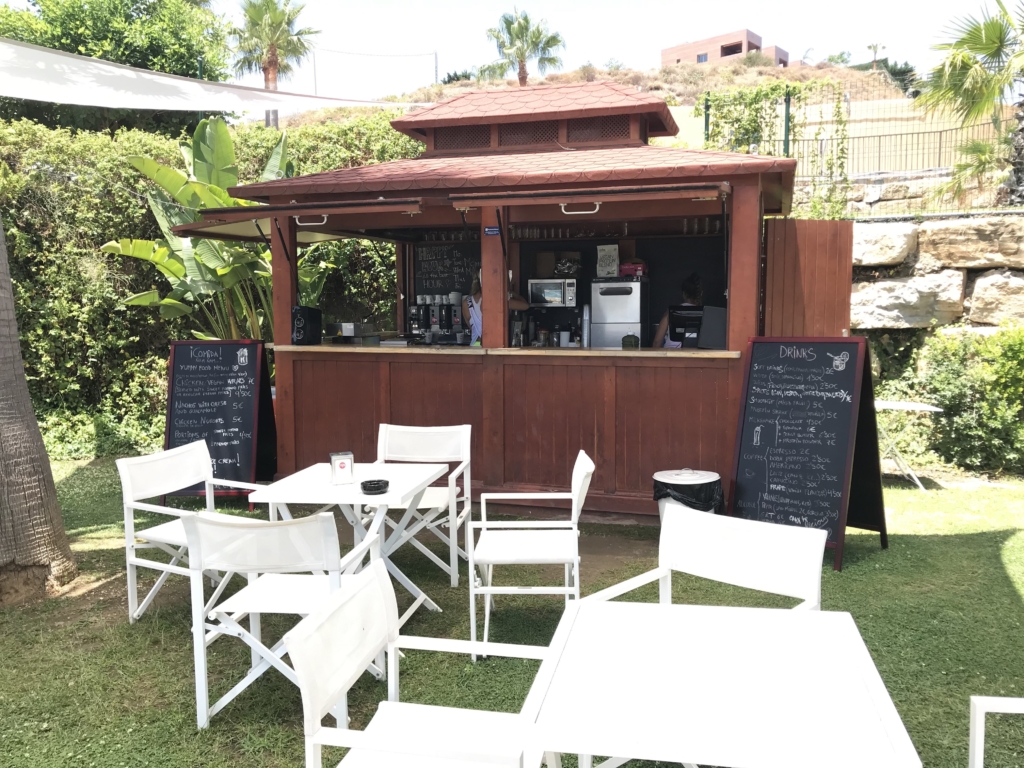